New site! Some images/links are temporarily out of place. Click around! 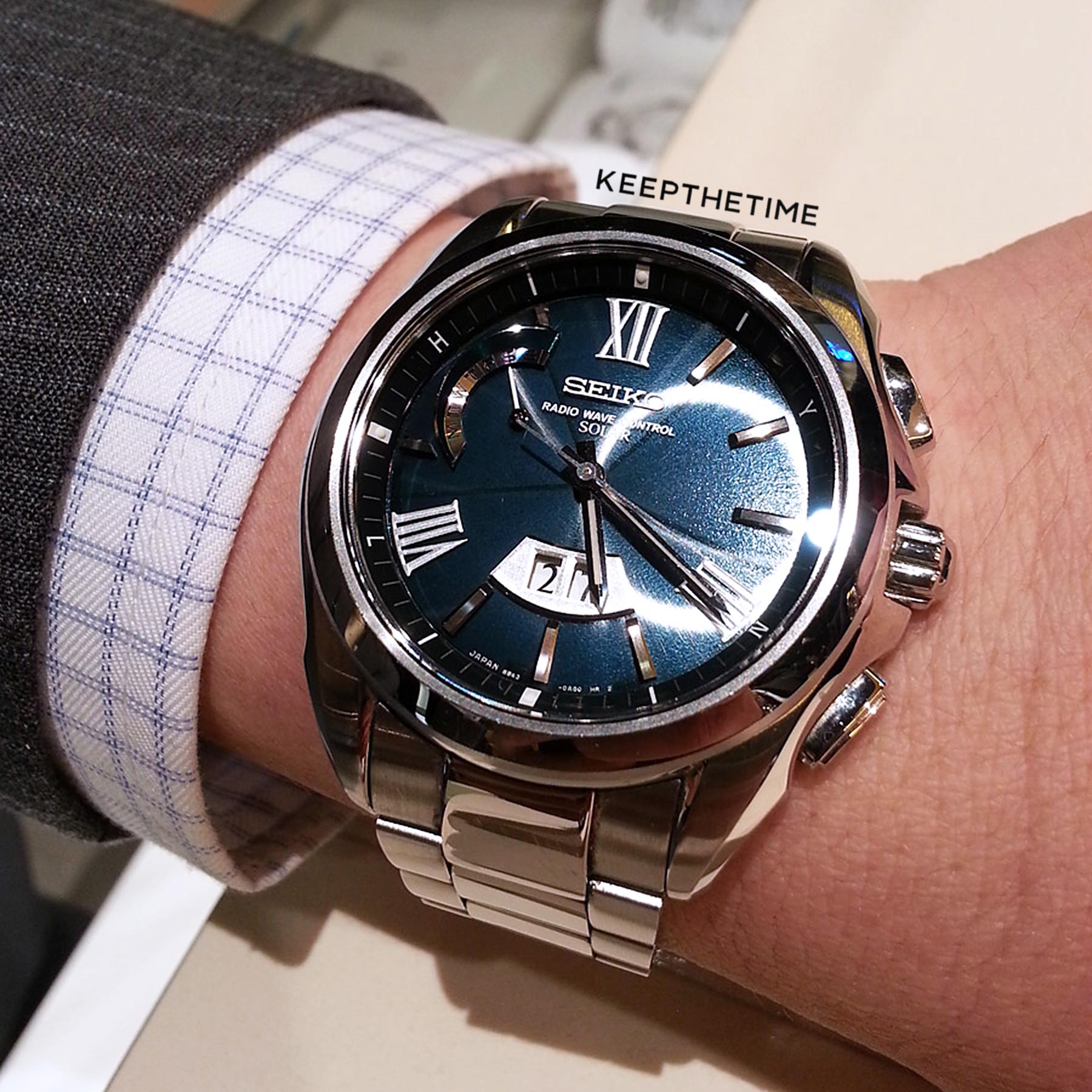 Being a Seiko enthusiast means access to hundreds of watch styles and configurations, but it also means the occasional feeling of being excluded… or exclusive (depending on which side of the pond you’re on). JDM Seiko watches are a big topic of discussion for Seiko fans and the watch above is no exception.

This stunning timepiece has garnered questions from our followers on YouTube, Pinterest, and Watchuseek. It’s hard not to notice the incredible blue face, case design, big date, and of course the Radio Wave Control Solar on the dial.

It comes from Seiko’s Brightz line of radio controlled watches. The reference number is SAGA081 and it was only offered to the Japanese market.

The release year was 2011 which was also when this photo was taken. KeepTheTime had a meeting with Seiko at Baselworld and one of the Seiko executives was sporting the SAGA081. He graciously posed for a quick Instagram shot which years later has been passed around the web by collectors wanting to know more.

It is currently discontinued and not featured on Seiko’s official Brightz page.

The SAGA081 measures 40mm in diameter (without the crown) but the case shape and finish give the appearance of a larger watch, similar to the newer style Rolex Sub/GMT. It sits 11mm tall on the wrist with a 20mm lug width, also very similar to Rolex sport models.

Amazon also has a listing for this Brightz model (although not actually available for sale) and the title says “super clear coating.” As you can see in the wristshot above, it’s certainly a super clear view into the dial. Even with the loads of Baselworld lighting, the sapphire crystal is almost invisible with minimal glare.

The subdial between 9:00 and 11:00 is a retrograde day indicator. The big date is nicely situated at 6:00, and Roman markers at 12/4/8 give a nice balance to the dial. Do you see the H, L, and N markings on the inner bezel? Those are indicators for the Radio Wave Reception Level.

There is also a Y at the 10 second marker and an N at 20 seconds. These markers indicate whether reception was successful or not.

Inside is a Seiko caliber 8B43 solar/quartz movement. The closest movement we have in the states is the caliber 8B63. Keep in mind that some of JDM Seiko’s radio-controlled movements won’t sync in the US.

If you’re able to score one of these from overseas, you’re looking at a price of around $1,500 USD for new in the box models. It’s unlikely that you’ll find someone on the used market because it’s definitely a keeper, not a catch and release.

You can also find the more accessible SAGA083 with a smoke style charcoal dial. If radio controlled solar watches are your thing, check out some other Brightz models.

Baselworld 2020 Canceled, but for us the show will go on!

×
wpDiscuz
Join Waitlist We'll let you know when another one like it comes in. Sign up to be alerted.