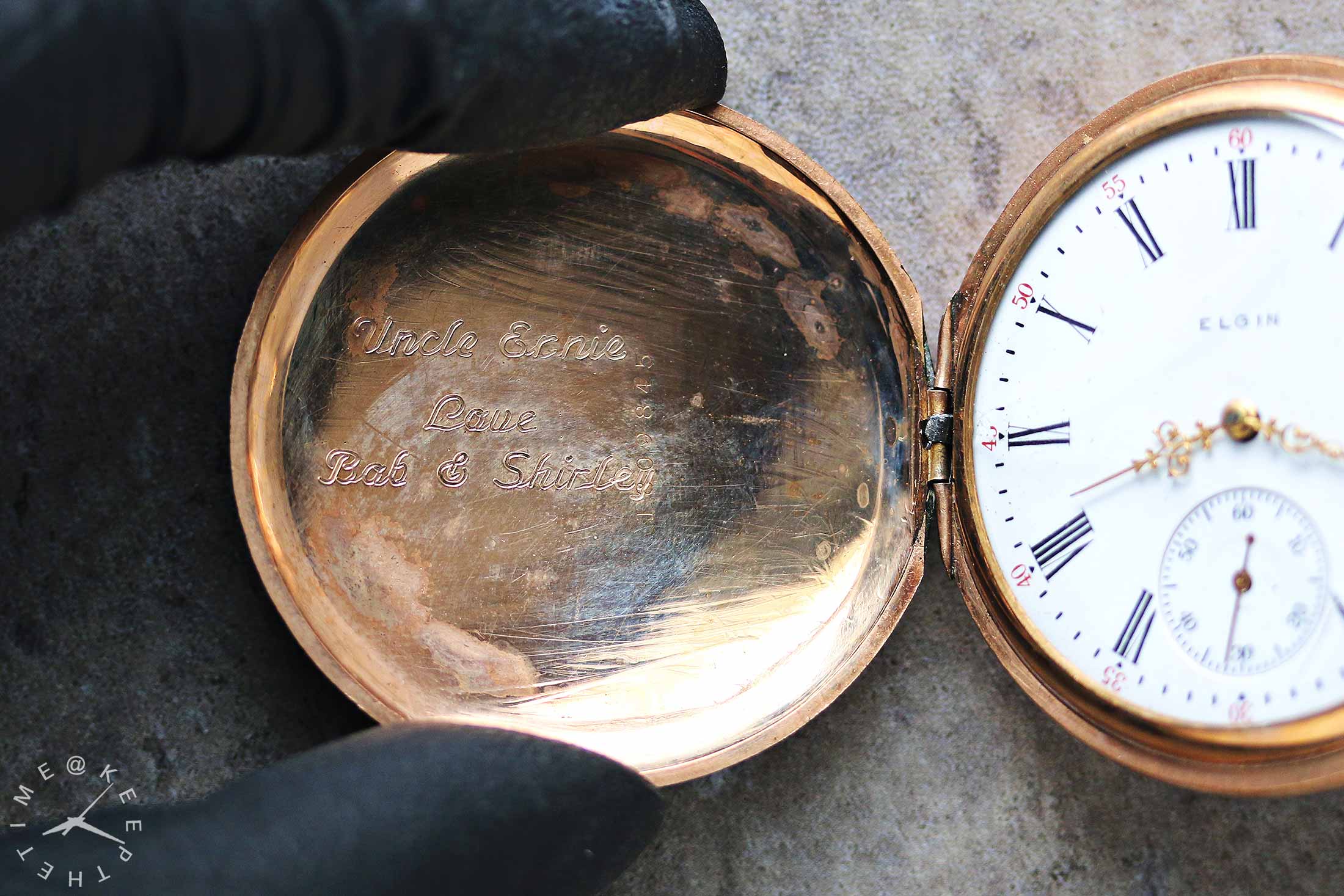 Getting watches engraved is a nice sentiment! It takes a very personal object and makes it even more special. Engraving watches is used for marking a monumental occasion or conveying a special meaning, but there are some things to consider before making the decision to get your timepiece engraved (aka ruined).

Engraving watches was very common back in the days of pocket watches. This is largely thanks to the fact that a pocket watch case is the perfect canvas for engraving a message or monogram. 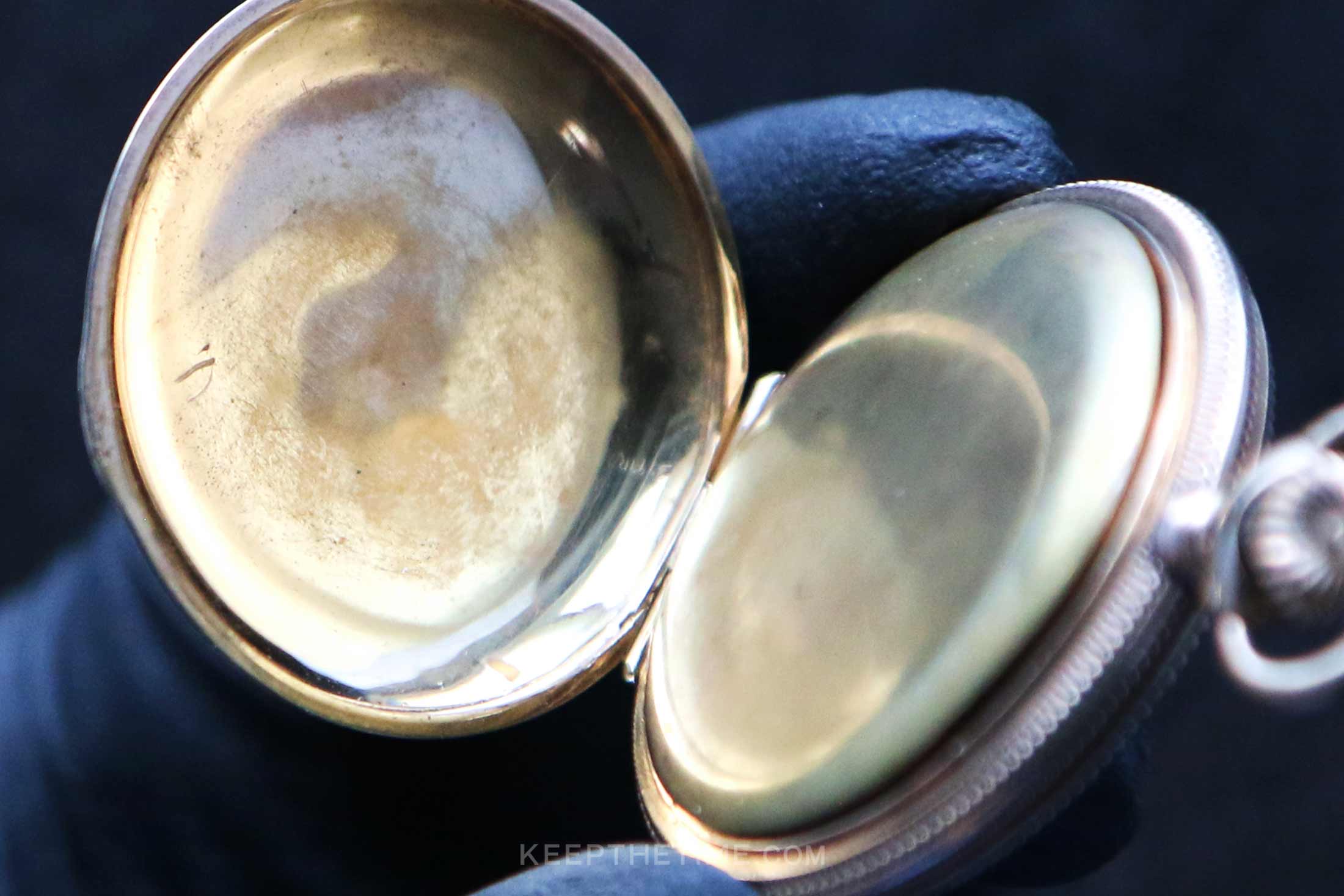 It’s also so that the watch owners could mark their watch as their own. A wristwatch is always on your wrist, unless you take it off to hop in the shower or take a dip in the pool. A pocket watch, on the other hand, could be laid down on a table or slip out of the pocket (without a proper watch fob). Engraving initials into the dust cover ensured that the watch ownership was clear. 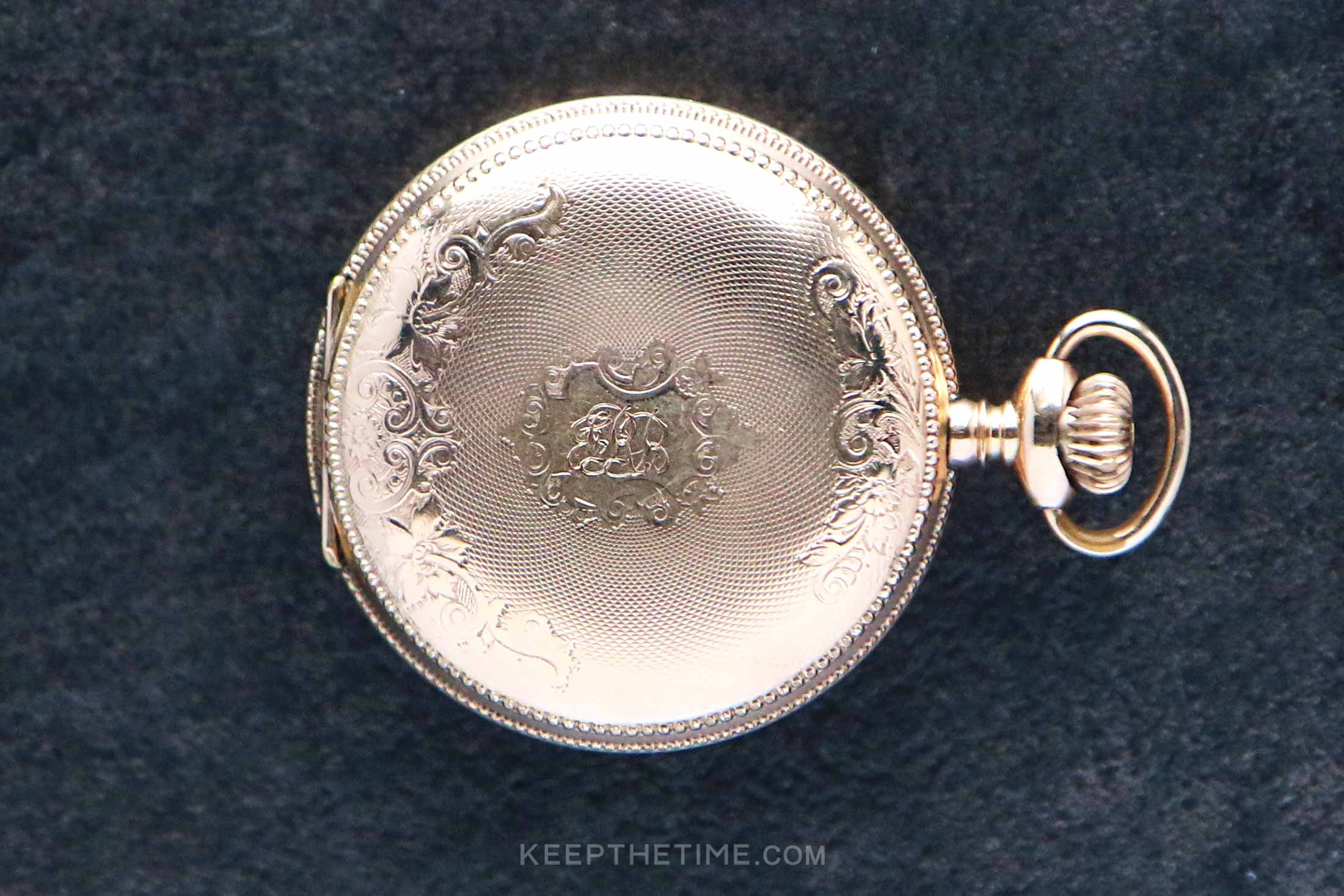 It’s interesting to see how some pocket watches even had a flat blank space in the midst of an intricate motif, all so that the owner could make their mark. 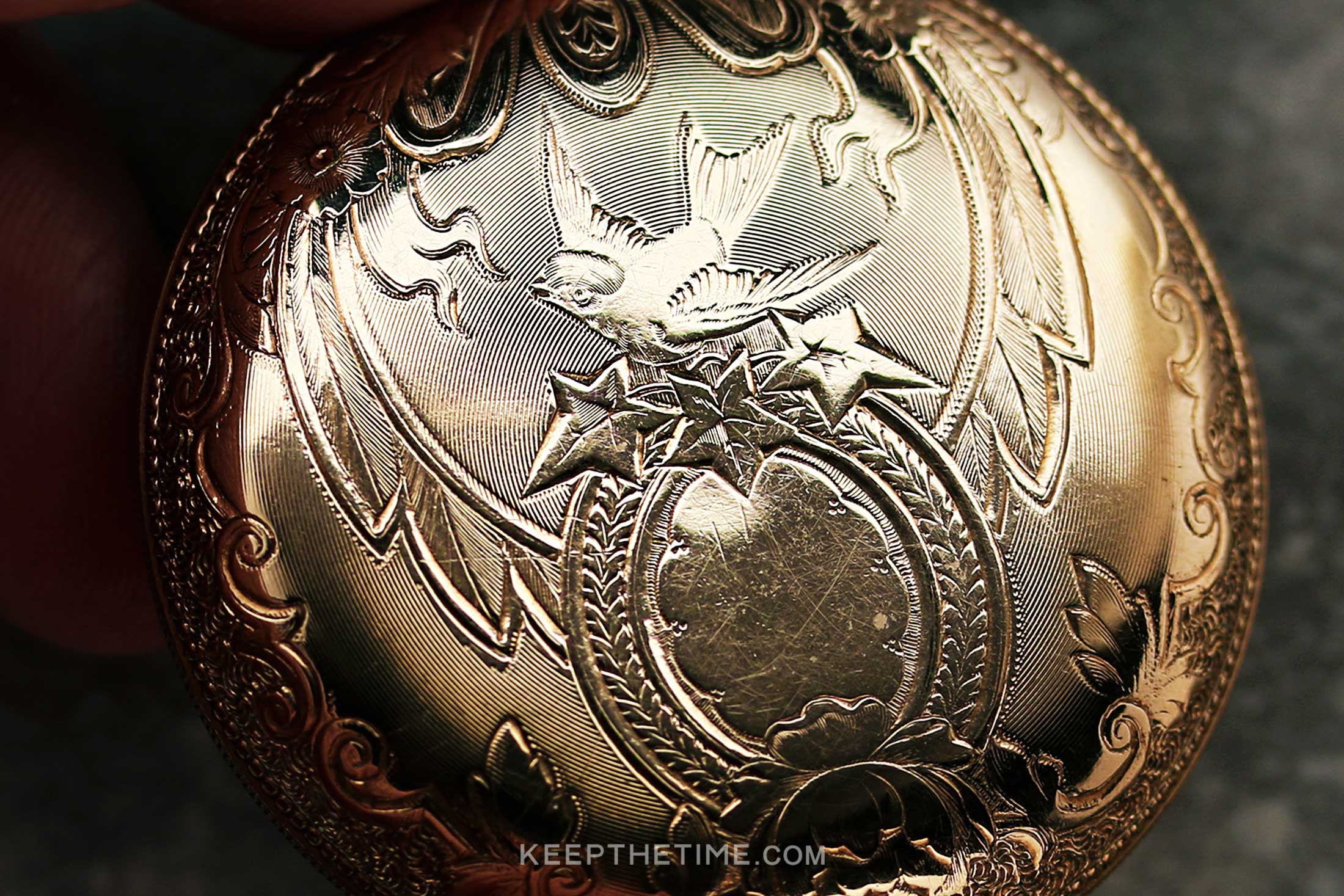 When thinking about getting a watch engraved, it’s usually because we imagine it will be cherished forever and the story of the watch will continue for generations. If this were true, there wouldn’t be so many countless old pocket watches with engravings being bought and sold on the pre-owned market.

The truth about engraving your watch

We always discourage folks from having their watches engraved for one reason: it reduced the value of the watch. Want to sell a Rolex with an engraved caseback? It will be an automatic deduction of a couple hundred dollars (at least). Truthfully, taking a hit when selling an engraved Rolex isn’t as warranted because a well-trained watchmaker can get the engraving out without much effort. But, other watches are a different story. Depending on the location and depth of the engraving, a watchmaker may not want to touch it. For example, you certainly wouldn’t want to remove an engraving from a gold-filled pocket watch case. The watch below had an engraving deep in the PVD case and decreased the value significantly… not recommended! 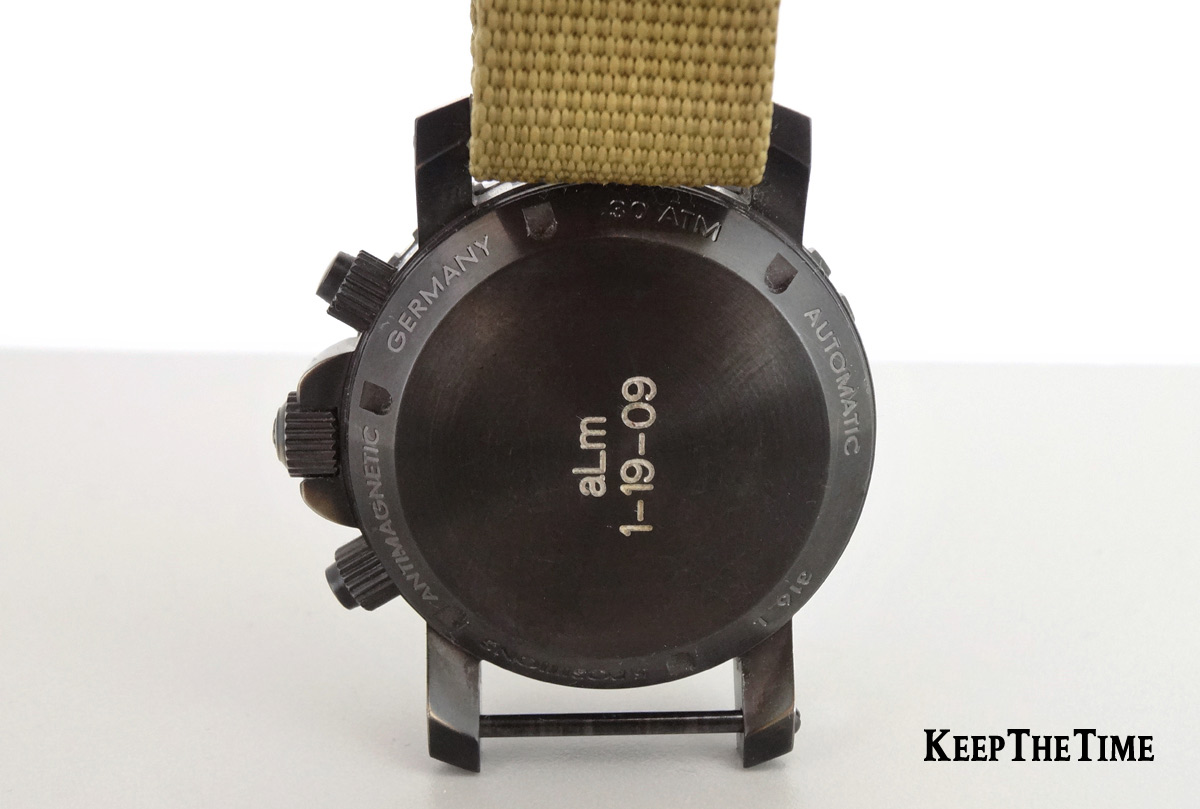 Some used watch customers don’t mind an old engraving, but most would rather not have something that still references a previous owner. Of course, it could feel cool and interesting to think about the adventures of good ol’ RJF and their shiny coin silver Elgin railroad watch, but generally the cool factor is already in the watch itself and the engraving could detract from that.

Other reasons to reconsider getting your watch engraved is that it’s possible it won’t turn out the way you hoped. This is fine if it’s an easy watch to refinish or replace, but not good if it’s a one-of-a-kind family heirloom. Engraving does get messed up, we’ve seen it happen. It’s horrible when it happens, especially when you are the middle-person who contracted the job out to an engraver. Imagine the stress of having a customer who trusted you with a watch, you send it to be engraved, the engraver uses the wrong font or makes a typo, then having to explain it to the customer – that’s called watch store hell. The point is, engravings don’t always turn out the watch you expect.

On the watch below, Bab and Shirley just wanted to get Uncle Ernie a nice pocket watch with his name engraved, but look at the placement! Too far left and over the serial number, oof. Dear watch engraver person, you had one job! Needless to say this piece ended up being traded in to us for something without an engraving.

Now, the benefit of an engraved watch is the provenance – especially when a date is present. For example, a gold Bulova given to an auto worker to celebrate 40 years of service will probably has a date to remember that event. It’s nice to be able to see the date and know that the watch is at least that old.

The thing to remember is that giving a watch as a gift is already special enough. It’s not like the person will ever forget who gave it to them. It’s recommended to avoid having a watch engraved unless you are 100% sure that it’s not going to increase in value or sold later on.

What are your thought on engraved watches? Have you or would you get a watch engraved? Please share in the comments below…