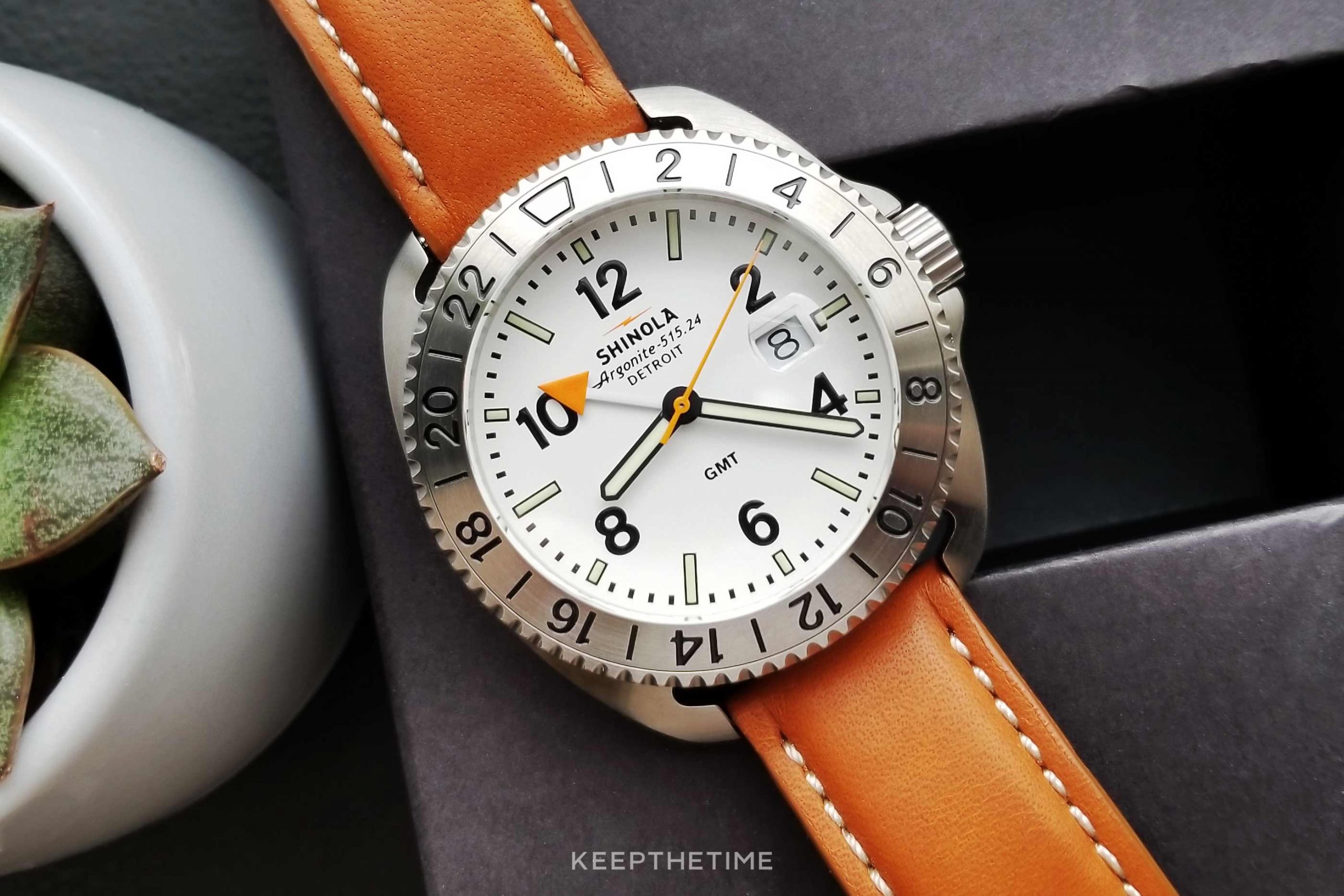 There are at least 3 watch brands from Detroit, Michigan. All three are positioned quite differently in the watch industry, from microbrand, to large scale venture backed, to small batch crowdfunded limited editions. Read on as we introduce watch brands based in Detroit (at least the ones we know of). 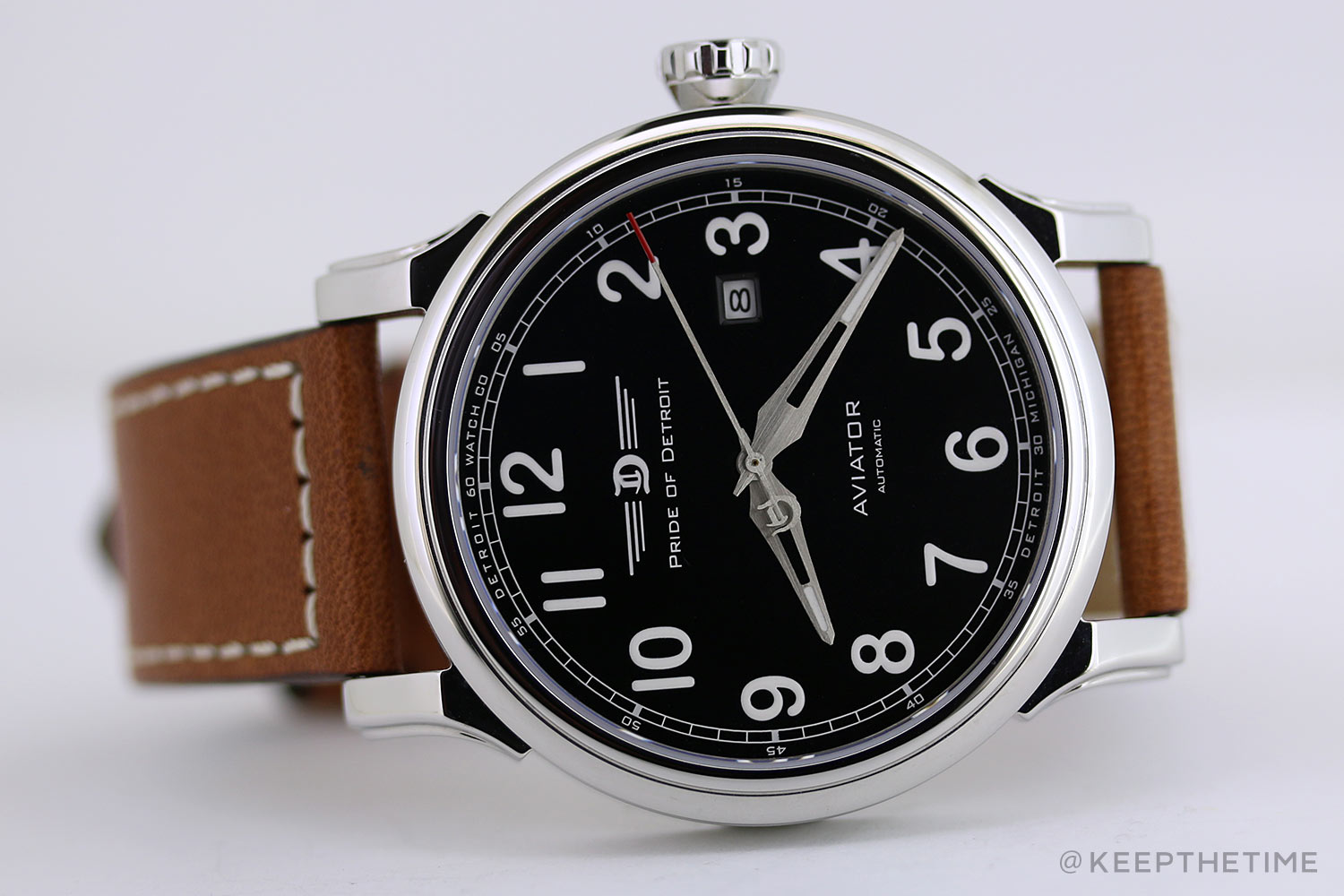 Firstly, there is a microbrand from Detroit which is aptly named Detroit Watch Company. The watch shown above is the Pride of Detroit Aviator. If any watch in the world could be considered the de facto Detroit watch, this is it! 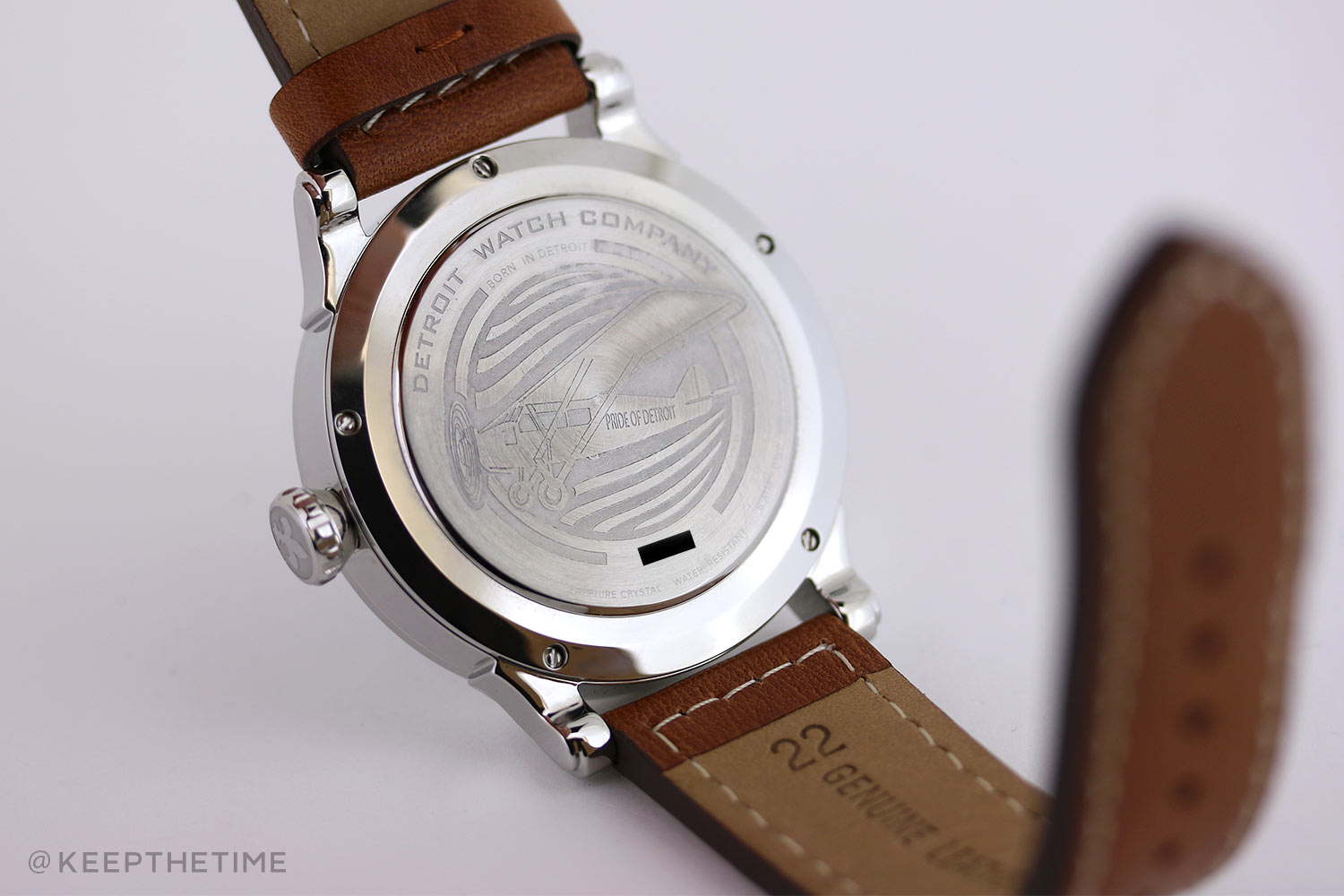 The Pride of Detroit timepiece is signed “Detroit” a total of six times on front and back! Have you ever seen another watch signed with anything six times? If you love Detroit, this is your watch. 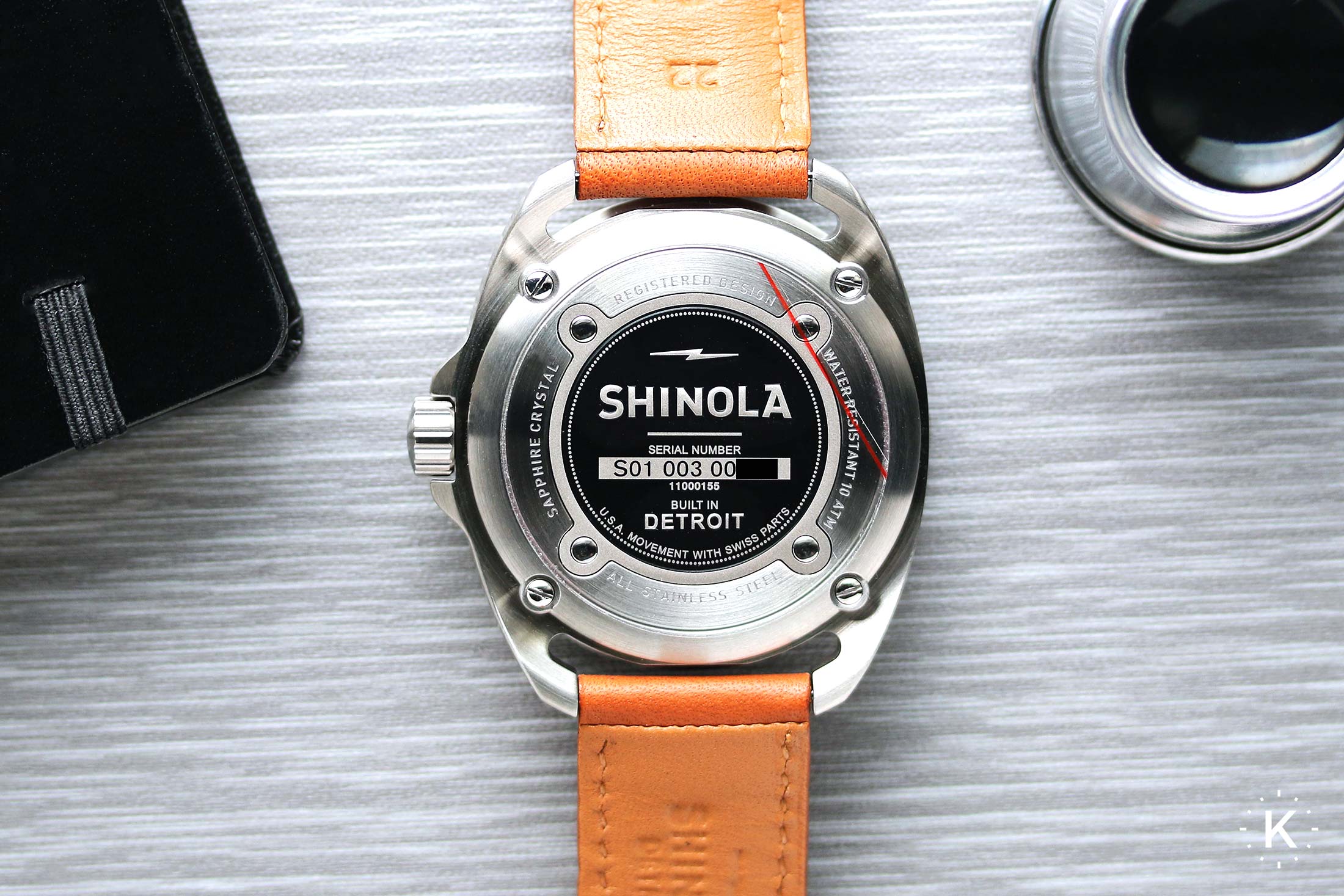 Next is one of the most well-known names in USA-based watches brands: Shinola. This brand is also located in Detroit and became known for the “Built in Detroit” text on the caseback of some of their watches. The Rambler GMT model shown here also has Detroit on the dial. This is because Detroit is where the Shinola caliber Argonite-515.24 Ronda based quartz movement is assembled from Swiss and possibly Chinese parts. 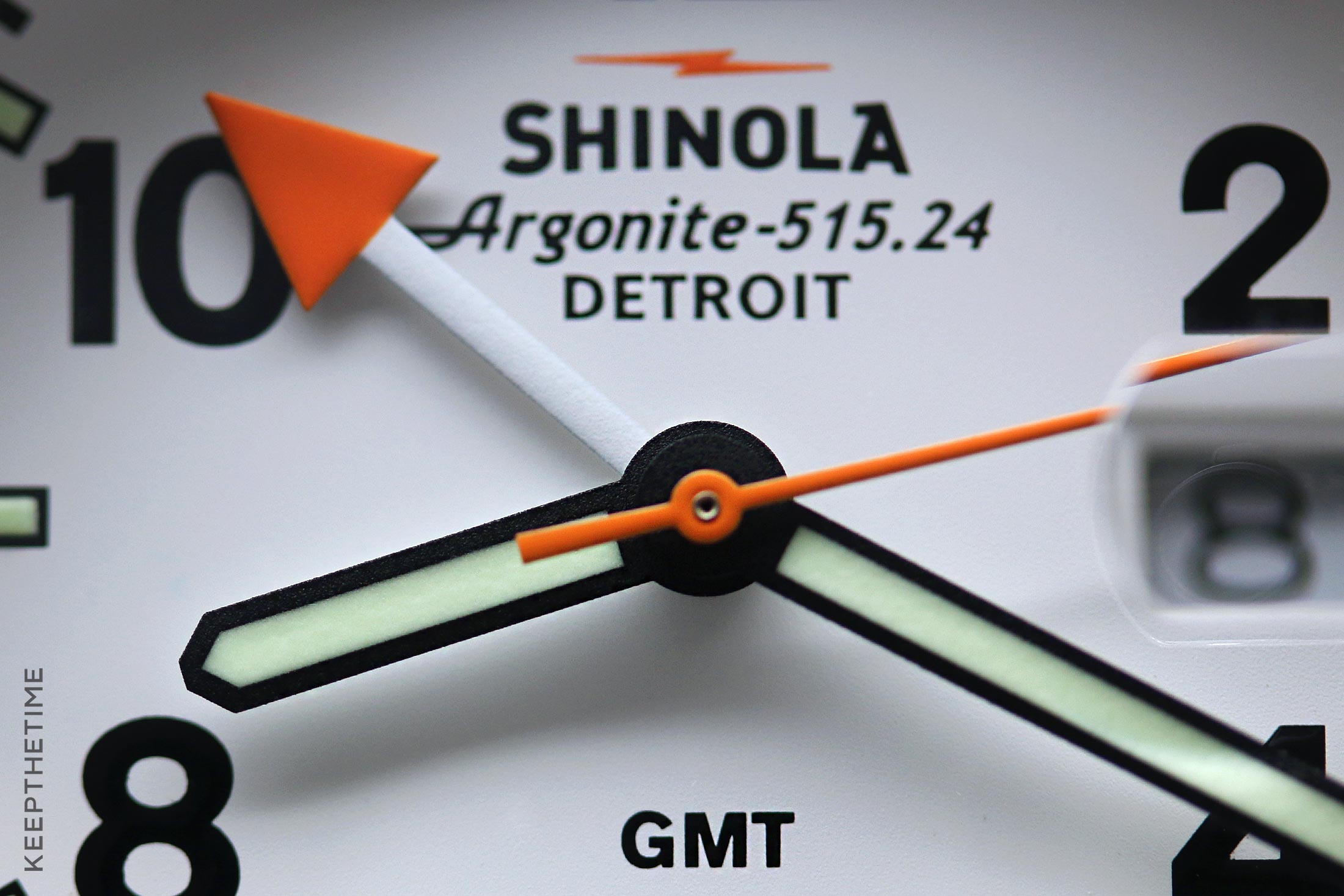 Below is a card that was included with the Shinola watch: “All Shinola watches are fully assembled and rigorously tested with precision by Shinola in Detroit, Michigan.” 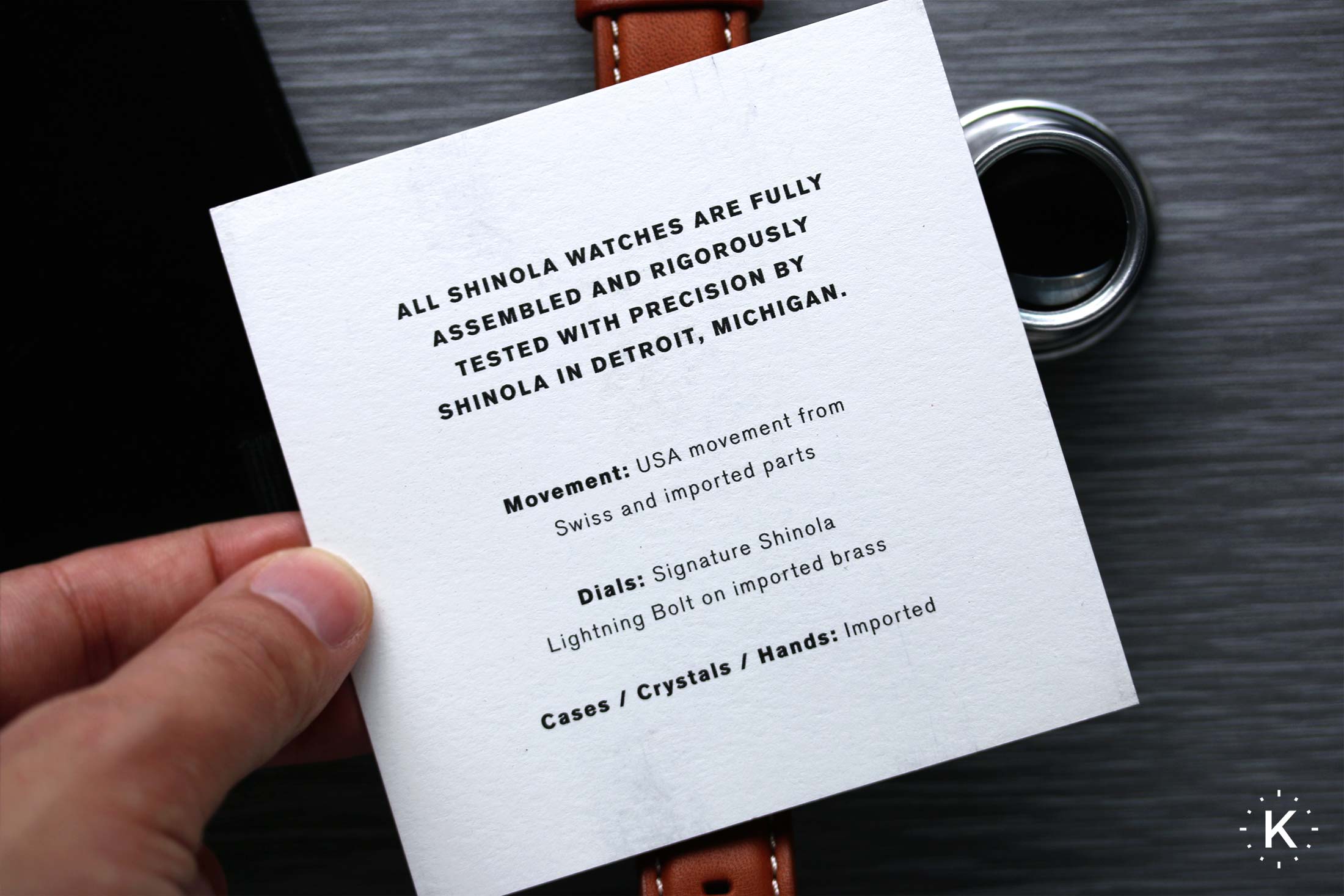 Last but not least is a Detroit-based Kickstarter watch brand that successfully secured crowdfunding back in 2014, known as Canvas Watch Co. Interestingly, the industrial designer who helped design and develop the watches, branding and packaging, also did some design work for Shinola at some point.

Do you know of any more Detroit watch brands not listed here? Please add them to the comments below…